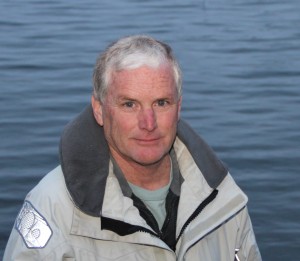 Lloyd began sailing in 1973 on a 40’ Piver  trimaran in California and knew he had discovered his ultimate sport.  After that day he spent many days racing and cruising off the coast of California; including 4 New Port to Ensenada races and frequent visits the Channel Islands.  During this time he had the opportunity to sail and race on just about every type of sailing vessel, from 8 foot cat rig dingys to a 50 foot ketch rig trimaran.

In 1979 a job offer at a local airplane manufacture brought him to Washington.   He joined the Local Multihull Sailing Association and shortly after built and began racing a 28 foot racing catamaran.  He will tell you he prefers muiltihulls over a monohulls, but is quick to state that regardless of the number of hulls not much can beat a day of sailing.

In 2008 he obtained the US Coast Guard Masters license and ASA teaching certificates.   He began teaching that year and found that sharing the passion of sailing presented another exciting aspect of the sport.