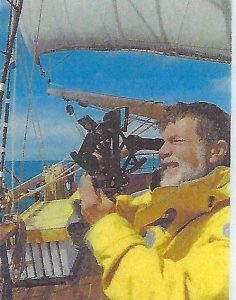 Thomas started sailing Flying Juniors on lakes in the midwest and ventured as a student aboard an oceanographic schooner for a sea semester along with the east coast and Atlantic to Bermuda. Having an interest in sailing and marine biology, he ventured to the Caribbean.  Later he pursued his sailing to college – with a BS in nautical science and a minor in oceanography from MMA. He then went on into the commercial shipping industry; working freighters, oceanographic, tankers, square riggers (spending 2 years aboard as navigator and chief mate), schooner, and yachts. He has sailed the Atlantic and Caribbean, navigating by celestial both sail and commercial. He enjoys travel and people, having lived in the Caribbean and Europe. He began teaching sailing and navigation in-between shipping on the East coast and in Europe.