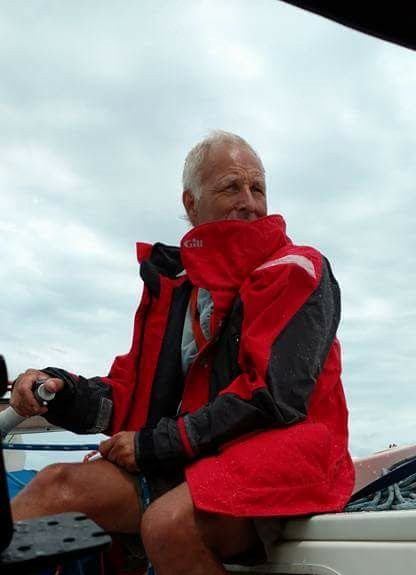 I started sailing when it became obvious I would never be an airline pilot. Sometimes disappointment
breeds the best opportunity. This was back in 1988 – I had just graduated from Montana State University
and had a job with The Boeing Company as a mechanical engineer. I wanted to fly, but finances, Seattle
weather, and several very hard, near crash-landings in a Cessna 152 at Boeing Field convinced me to go
another direction.

I learned to sail the ASA way at Seattle Sailing Club in 1988. I was a club member there for about a year
before I bought my first sailboat – a little yellow San Juan 24 named B’Nana. I was such a noob I didn’t
even know bananas were bad luck on sailboats. Regardless of the bad omen, B’Nana and I sailed all over
the South Sound. In 1992 I helped my Dad sail his 40 foot ketch across the Atlantic from the Canaries to
Antigua – and I was never the same. Careers changed, families grew, I moved from Washington to Texas
to California, Georgia and back. There were a series of sailboats – some big, some fast, cruisers,
multi-hulls – and I took them on epic cruises through the San Juans, up and down the ICW, across the
Gulf of Mexico, the Bahamas, the Keys, Mexico and California. I chartered other boats in Australia,
Croatia, Belize, the Bahamas. A sailor I was.

Somewhere along the way, I worked on a tour boat on the coast of Georgia long enough to earn my
USCG Masters License. Retirement beckoned, so I decided to share my joy in sailing with others. I ran my
own daysail charter operation for awhile and then became an ASA certified sailing instructor. And in
October 2022, earned my ASA 203/204 certification.
My current boat is Tushita – a Catalina 42 Mk1 – that my wife and I sail throughout the San Juans in the
spring and summer. You will find us hanging out at Cap Sante marina in Anacortes during the season – or
out cruising when not teaching. See you out there!